When shopping for an Internet-based phone service, you may come across a few different technological terms including, Hosted PBX. You’ll find that there is a lot of different jargon associated with this type of phone system. In order to make your shopping experience a lot easier, we've written this article explaining what a Hosted PBX is, other terms that may be associated with this type of system and its comparison to a traditional PBX phone system.

What is a Hosted PBX?

A Hosted PBX is one part “hosted” and one part “PBX”. So, this equates to a PBX, the technology that is essential in routing calls, that is hosted, or stored, and accessed over the Internet.

A Hosted PBX is also referred to as a Cloud PBX, Internet-based phone system or a VoIP phone system. This system gets its many names from the Internet technology it utilizes.

The benefits of a Hosted PBX

A Hosted PBX competes with a traditional, on-site PBX. However, more and more businesses are making the switch to a Hosted solution because it offers a number of benefits.

For starters, a Hosted PBX tends to be a more cost effective solution because it offers a predictable monthly bill and virtually no startup costs. Because the entire phone system is Hosted on the Internet, you won't have to purchase hardware or pay for the installation of equipment like you would with an on-site system.

A Hosted PBX also offers a large variety of calling features that are becoming incredibly essential for businesses. Features like Call Recording, Call Forwarding and IVR/Auto Attendant are some popular features that come standard on most Hosted solutions that would ordinarily require more software and installation for a traditional system.

The last big benefit of a Hosted PBX is its flexibility. A Hosted PBX phone system offers a lot of flexibility because it's extremely accessible. Because the entire system runs over the Internet, you can send and receive calls anywhere you have access to the Internet. A Hosted solution is also flexible because you can customize your system easily and as often as you need to. With traditional system, you'd have to purchase new equipment or expand your hardware when you're adding new phone users. With a Hosted PBX, however, you can easily scale your system up or down as easily as adding or removing users from the virtual system.

Regardless of what you call this type of system, a Hosted PBX has truly revolutionized the way that businesses communicate and manage their phone systems. 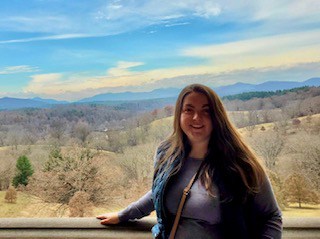